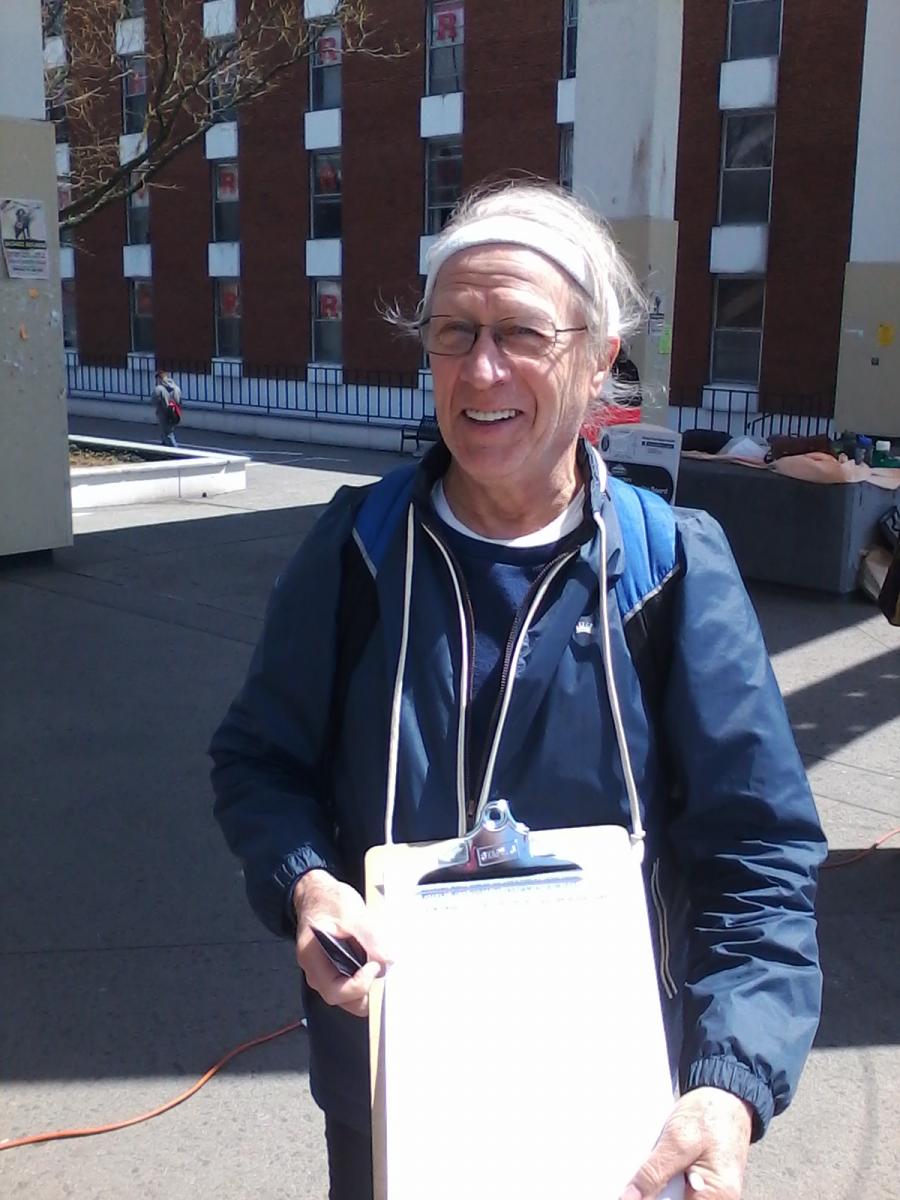 A March 27 editorial in the Rutgers Daily Targum said, "The fossil fuel divestment campaign has finally reached the University, and we are welcoming it with open arms… We should rethink our investment in damaging industries."

"RU Divestment Campaign is an offshoot of the climate initiative that was formed after Bill McKibben came to Rutgers to speak about his own climate campaign on February 4, 2013," said Sid Madison, a Piscataway resident and member of the coalition.

"We’re trying to appeal to the Rutgers Board of Governors, the Board of Trustees, and the Joint Committee on Investments to divest their investments in the fossil fuel industry," Madison told NewBrunswickToday.com.

On this year’s Earth Day, April 22, the campaign coalition hosted a "Rally for Climate Action" that featured spoken word poetry, musical performances, and guest speakers from different parts of the Rutgers Community including the Human Rights House and Take Back the Tap.

The petition calls on Rutgers to "immediately freeze any new investment in fossil-fuel companies, and to divest within five years from direct ownership and from any commingled funds that include fossil-fuel public equities and corporate bonds.

"We believe such action on behalf of Rutgers University will not only be a sound decision for our institution's financial portfolio, but also for the well-being of its current and future graduating classes, who deserve the opportunity to graduate with a future not defined by climate chaos."

Madison said he think campaign is "a great way to build the climate awareness movement."

Kate Thomas, a supporter of the Divestment Campaign, explained that climate change is "an issue that a lot of people acknowledge but don't act on."

"Not only is climate change happening, not only can we do something about it.  But we're the cause.  There’s an inherent responsibility in that fact," Thomas said.

Hughes says one of his main interests is the "social responsibility for carbon emissions and climate change."

The campaign was created in part by Rutgers undergraduate Shane Patel.  He hopes that the Rutgers Fossil Fuel Divestment Campaign, "will bring divestment to the forefront of student activism… We want it to be one of the biggest pieces of student activism on campus."

"Next semester, we'll be working on becoming even more well-known around campus through media coverage as well as tabling across campus," Patel said.

"The plan is to get on the Board of Governors and Board of Trustees meeting agenda."