NEW BRUNSWICK, NJ— The major forces in New Jersey’s gubernatorial election are making their presence felt across the state, but especially in New Brunswick.

Incumbent Republican Governor Chris Christie, who leads his presumptive opponent by 41 points in a Rutgers-Eagleton poll, held a private fundraiser for his re-election campaign on February 4 at New Brunswick’s Hyatt Regency Hotel.

A source from the GOP described the fundraiser to PolitickerNJ.com as a “mob scene,” with between 700-800 people, each making contributions ranging from $100 to $3,800 (the maximum individual donation allowed).  Several $50,000 corporate pledges entitled business owners to a private photo-op with the Governor himself.

Just two days earlier, his presumptive opponent, State Senator Barbara Buono of Metuchen, kicked off her campaign with a rally at the new New Brunswick High School.  Buono’s event drew roughly the same amount of people as Christie’s private fundraiser, but her event was free and open to the public.

It’s apparent that both major-party candidates feel that the City of New Brunswick, and its residents, will be paramount in helping their campaigns achieve victory, and that education will be a key issue for both candidates this fall. 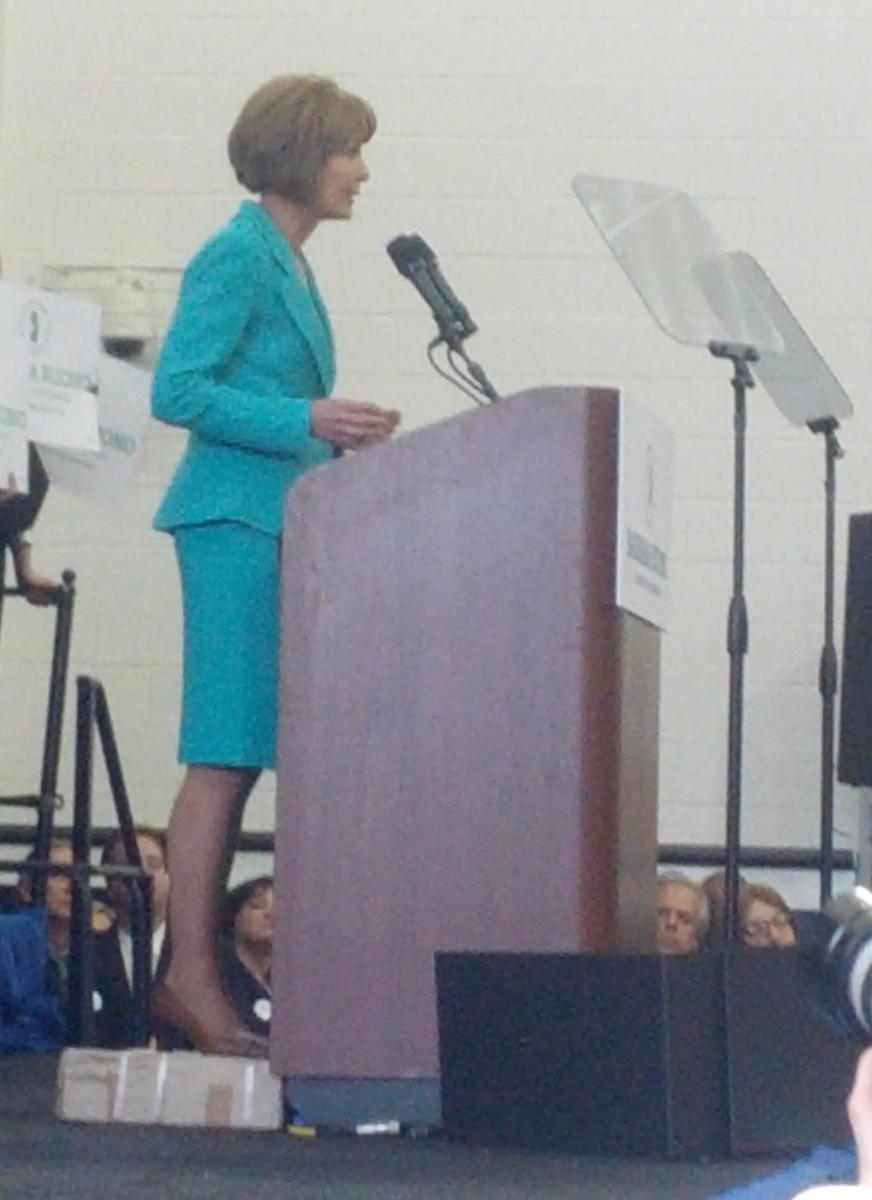 Buono said that New Jersey cannot afford to suffer three more years of fiscal irresponsibility, according to the Daily Targum.  Buono also criticized the Governor for his use of the pulpit as an alleged bully to cater to the “interests of his friends and the wealthiest among us.”

This is the first time that Perez and LLA-NJ have endorsed a Republican for any state office in fourteen years since its inception. They did not endorse Christie nor his opponent Jon Corzine when they sought the governor’s office four years ago.

Perez sees this as a historic endorsement, saying, “[Christie’s] aggressive education reform agenda has overcome deep-rooted special interests, and is delivering reforms that will improve the quality of education and give parents more educational options.”

A newer grassroots group called the Latino Action Network (LAN) was formed in 2010 by members of LLA-NJ frustrated over the LLA’s decision not to endorse a candidate in the last election.

LAN president and chair Frank Argote-Freyre said,  “It is obvious that the Latino community in New Jersey has not been served particularly well by either political party,” according to the LAN’s website.

On the one-year anniversary of Christie’s veto of a bill that would have allowed same-sex marriages, a lesbian, gay, bisexual, and transgender rights group threw their support behind Buono at the Rutgers Student Center.

Also on the university’s campus, Buono received an endorsement on March 27 from the Rutgers AAUP-AFT, the union that represents faculty at Rutgers.

The union’s president Adrienne Eaton, had this to say about Buono: “She… knows that today’s college students cannot succeed in the quality and numbers needed for a robust economy if we do not reverse the damaging decline in state funding for public higher education in New Jersey.”