Barchi says that it’s the first time Rutgers has set up a strategic planning initiative “in more than 15 years.”

President Barchi explained that, upon analyzing the data, there was “congruity in the answers.”

He said the school’s “most important goals” included recognition, infrastructure, funding, and affordability.

Barchi, who became the school’s 20th president in September, had previously said he would “answer any question regarding the strategic planning process.”

Barchi described a portion of the facilities master plan, which include plans for the current Seminary on Seminary Place to be moved, to be replaced by a Rutgers “honors college.”

Marios Athansiou, a student studying Planning and Public Policy, asked if the university was planning anything towards urban renewal in New Brunswick, to which Barchi replied: “The university isn’t planning a damn thing. You need to tell us what we should be doing.” 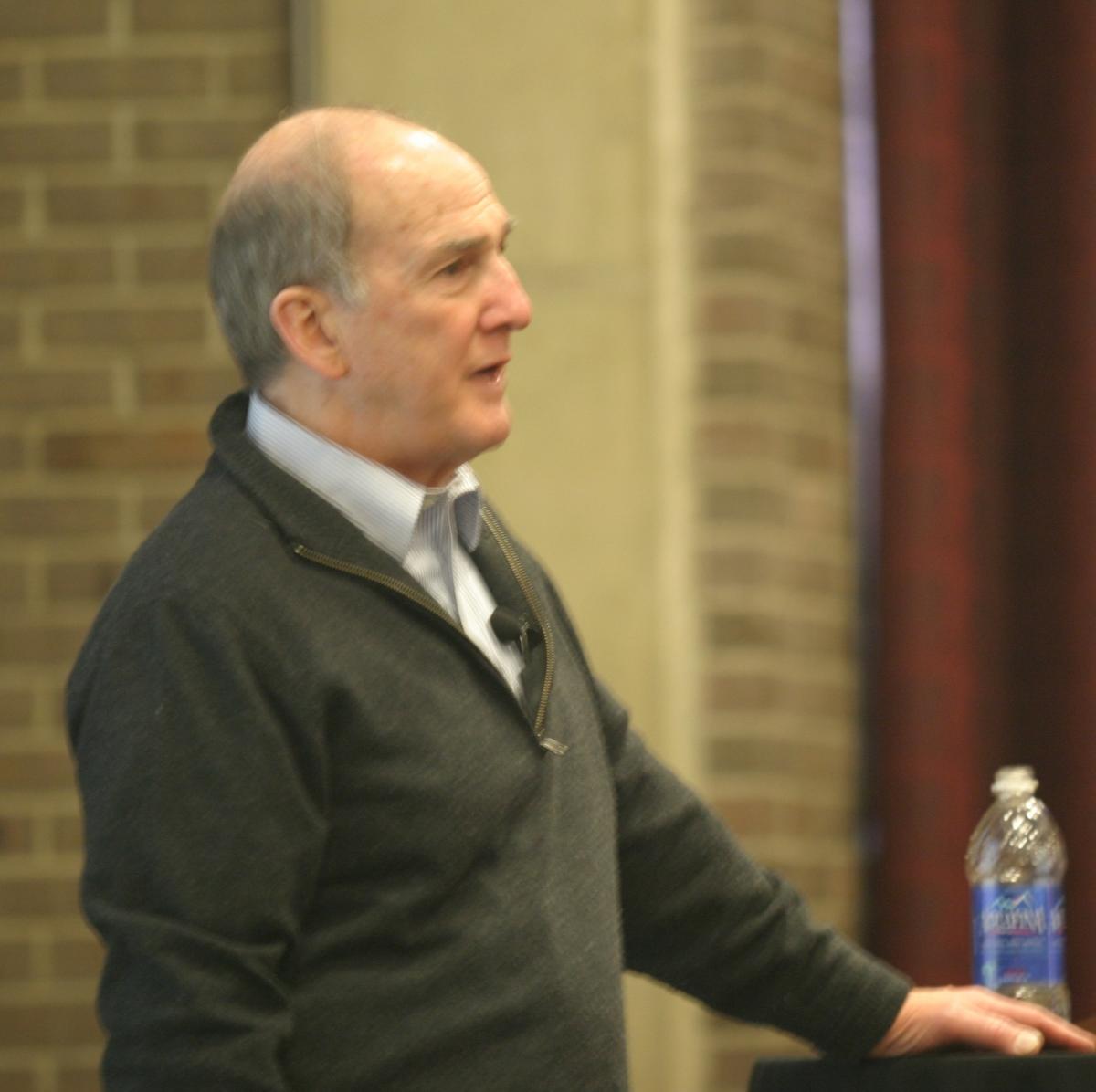 “We do not have preconceived notions of an outcome,” he continued.  “So I ask you to send suggestions our way.  I’m not being facetious.”

“Rutgers has 28 email systems,” Barchi asserted. “This is unnecessary.”

Thompson explained, “Part-time lecturers are 20% of the Rutgers faculty.  They cover about 30% of Rutgers classes, and they receive no employer contribution to healthcare whatsoever.”

“It is ironic that we now have a medical school, and healthcare for individuals and populations is a theme of the strategic planning, but part-time lecturers have no healthcare.”

“That question is important, but it is subtly nuanced. You know that. I know that,” Barchi responded.  “If you want to have an hour-long conversation about that at another time, we can.”

He added that because not everyone present at the town hall meeting had read the part-time lecturers’ contract, a simple response would not be appropriate.

Barchi told NewBrunswickToday.com, “These town hall meetings are not the place for those kinds of questions with such political implications.”

President Barchi insisted that he “never suggested that [he would] have an hour-long conversation” with Thompson about benefits for part-time lecturers.

“I have to prioritize meetings,” Barchi elaborated.  “Anyone who wishes to talk to someone personally about an issue should set up a meeting by emailing Karen Stubaus.”

Pozo said, “It makes the Rutgers Student Union and Rutgers Tuition Equity Coalition very pleased to know that our university president is focused on such pertinent issues of comprehensive immigration reform, ones we care deeply about.”

“We hope that Rutgers continues to be a voice for immigrant rights, and that we may work with President Barachi on these issues directly.”