“Normally when we do groundbreakings, you know, I’m very upbeat and I am today,” said Mayor James Cahill, as he began his remarks at yesterday’s ceremony.

“But if anyone was looking to do a case study on how to not develop a new school, I can tell you that the A. Chester Redshaw would be prime example number one.” 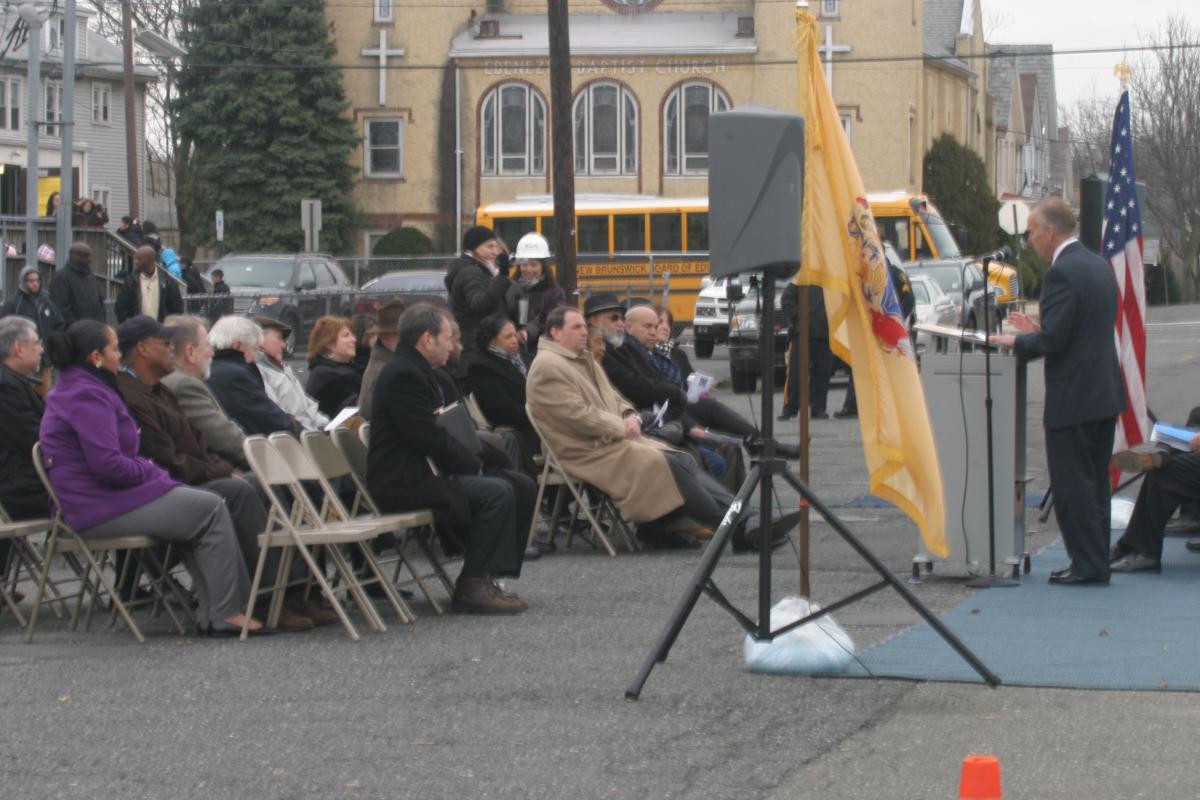 “See that dirt mound over there?  That’s where we will dig the hole and build your new school,” Superintendent Kaplan told the children, according to a report on New Brunswick’s Patch.com.

Larkins called this project the first of several projects that the SDA will be collaborating with Kaplan’s office on.

“I hope that the students who have the opportunity to attend this world-class facility will make the most of it and will go on to do great things in their lives and continue to give back to their respective communities.”