Hala Issa, academic advisor of the Rutgers chapter of  the Palestine Children’s Relief Fund and Rutgers Arabic Professor, said that she hoped the gala benefit would “raise awareness of suffering children in the Middle East due to the activity of our own people.”

“I want the students to be aware of what’s going to help the children who are affected by the war. To raise money. It’s a humanitarian cause. Not a political one.”

The sold-out event raised $5,000 for the cause, and concluded with a 20-minute video message from , a world-renowned linguist, philosopher, political critic, and activist.

Ebaad Malick, secretary of RU-PCRF, explained that the group reached out to Chomsky to seek his support.

“I think he really likes our cause… We gave him questions and prompts, and we received the twenty minute video.”

Chomsky was unable to give a live feed of his webinar due to an illness, but he was able to send PCRF an exclusive video where he gives a summary of how the international community has dealt with similar conflicts in the past, including South Africa.

“If you look around, you’ll see that all the major conflicts have to do with the borders imposed by Western imperialism,” he said.

Chomsky insisted that, “The primary lesson we’ve learned from the South African experience is it’s critically important to change American government foreign policy through educational programs, organizations, and selected actions that are appropriate.” 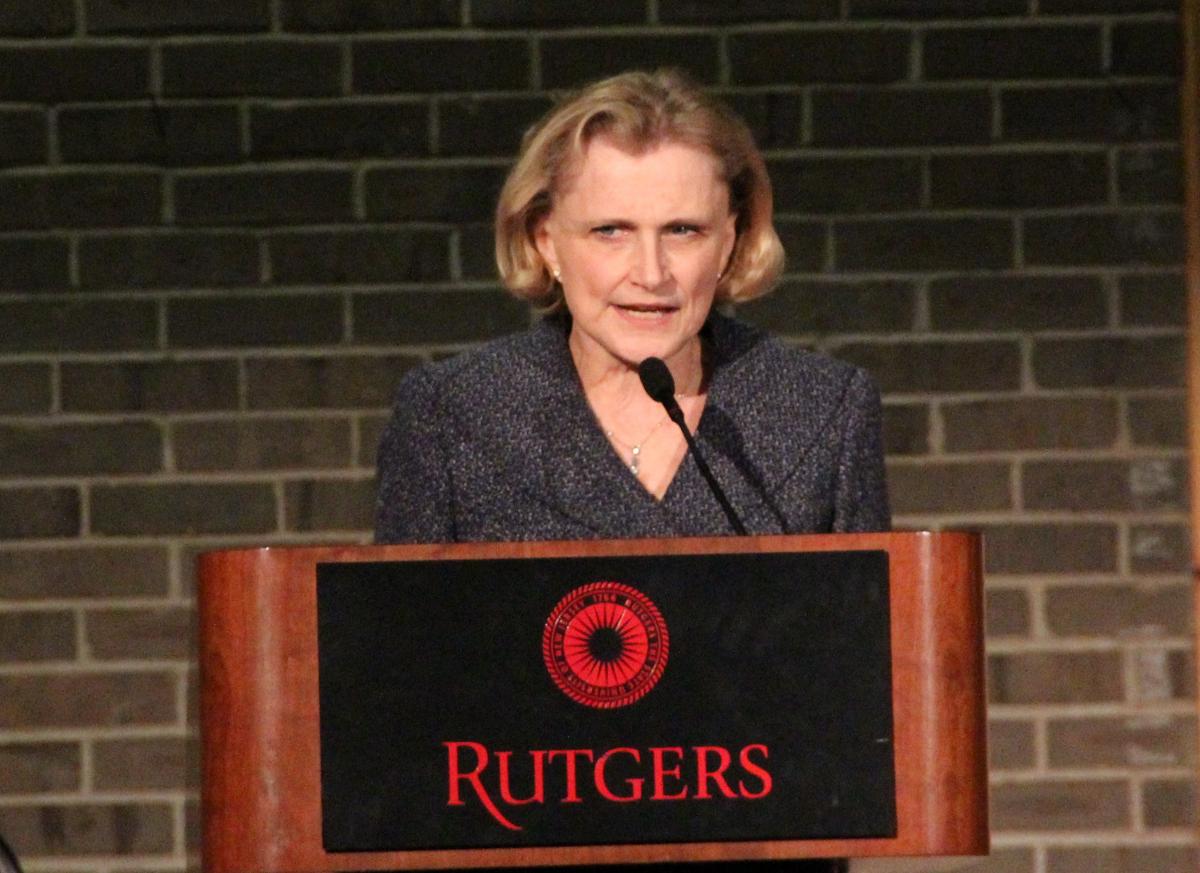 The night featured talks from Nora Whisnant, the PCRF-NJ President, and from Norman Finkelstein, a scientist, political activist, professor, and author.

“I think the work for the Palestine Children’s Relief Fund is critical, not only for what it does – saves children’s lives – but because it gives a face to the children,” said Mehdi, Emmy-award winning broadcast journalist and writer.

“You need these smaller, more personal, stories about the children to convey the larger story. Now we have real faces of these people, rather than just fearing them.”

PCRF Financial Chair Moazam Shah prepared a two-minute long introduction video for the benefit, comprised of many scenes of children being hospitalized due to war-related injuries.

Shah said that it was important for Rutgers to play a role in international affairs.

“Rutgers is known for its diversity,” said Shah. “Not just for the religious and cultural diversity, but also for its different points of view.” 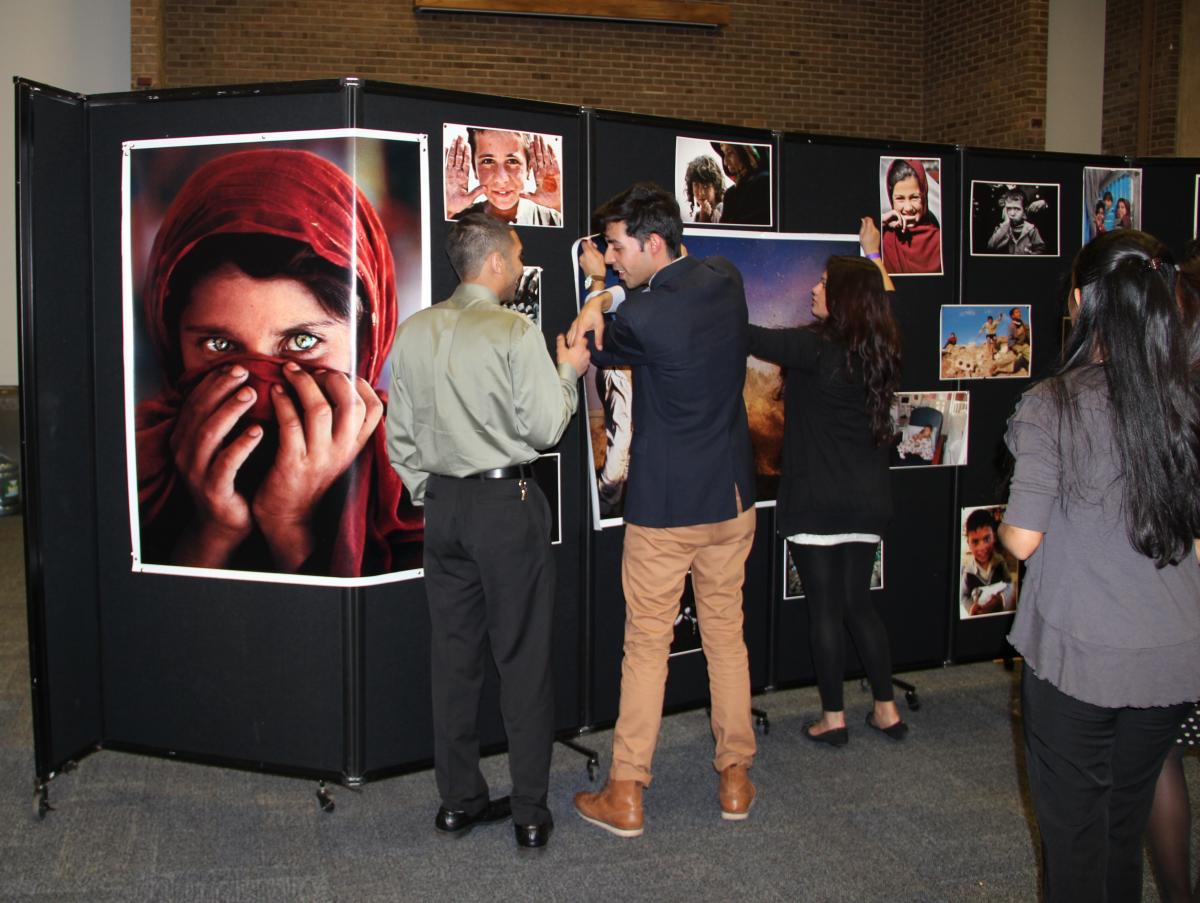 Whisant told NewBrunswickToday.com how the Rutgers chapter of the Palestine Children’s Relief Fund came to be.

“Ghadeer Hasan was a pre-med undergrad of Palestinian background.  She started working on building a Rutgers chapter in 2009.  She came to one of the New Jersey chapter’s spring events,” said Whisant.

With a diverse body of students interested in the cause, “they worked really hard with the most tremendous energy,” Whisant said.

“And now they’ve set the model for three other schools.  Rutgers is amazing…. The New Jersey chapter is one of the top three chapters of the Palestine Children’s Relief Fund.”

Whisant also detailed the work her organization does to help children in Palestine.

“We provide food, healthcare, eyeglasses, and a summer camp for handicappped children,” she said.

Finkelstein, whose Jewish parents survived the Holocaust, told the group, “We are at a remarkable point in time where the public is ready to listen, and ready to acknowledge that Israel shares a large burden for what is going wrong.”

Finkelstein continued, saying that the Israeli government is illegally erecting a wall to further oppress the Palestinean people.

“It is the responsibility of the international community to dismantle the wall… That was agreed upon ten years ago,” he said.

Finkelstein called on the Palestinian people to “march to the wall with a hammer in one hand, and a copy of the agreement from the International Court of Justice in the other.”

He discussed the teachings of Mahatama Gandhi, who was a promoter of non violent resistance.

“The only thing that gets people to act is to see other people suffering.

During the panel, Mehdi talked about the work of her father, Dr. Mohammed T. Mehdi and  insisted on “solidarity with Americans and Palestinians.”

Mehdi told the audience that they “will be a part of the powerful conversation of where to go from here. And I applaud that. Because that conversation was very lonely in the eighties and nineties.”