New Brunswick’s Superintendent of Recreation Michael Blackwell said, “The park will have a small and large multipurpose field for football, soccer, or any other sport. This park will get a new skate park and many other amenities as well. Sandford Street will open up access to Reservoir Avenue.”

As for the project’s timeframe, the New Brunswick City Government’s Facebook page wrote the upgrades will be made “after the final design documents are completed,” adding that the City will be awarding construction contracts to the winners of a public bidding process.

Blackwell told NewBrunswickToday.com that the new skate park will not be supervised and instead employ a policy of “skate at your own risk” to limit litigation.

Blackwell said that, in unsupervised skate parks, “there are less lawsuits for injuries.”

However, some residents questioned how popular that portion of the park might be.  A Pine Street resident who goes by the name Smudge asked, “Who’s gonna use it?  Nobody skates around here.  I’ve been here 48 years, and I ain’t seen one skateboard or a skate yet.  I’ve seen them skating at the Walgreen’s parking lot – but that’s twenty minutes away.”

“Everyone’s been getting one except for us. I don’t know if it’s necessarily a good thing, but it’s something different.”

Mike Mishkovsky, a skateboarder who has pushed for the city to install a skate park said, “It’s important for kids to have a source of fun that is their own, and shared with each other. It’s a great alternative to drugs and violence and TV.”

“I plan on bringin’ my son to skate the park with me.  And I hope to introduce him to some New Brunswick locals that way!” 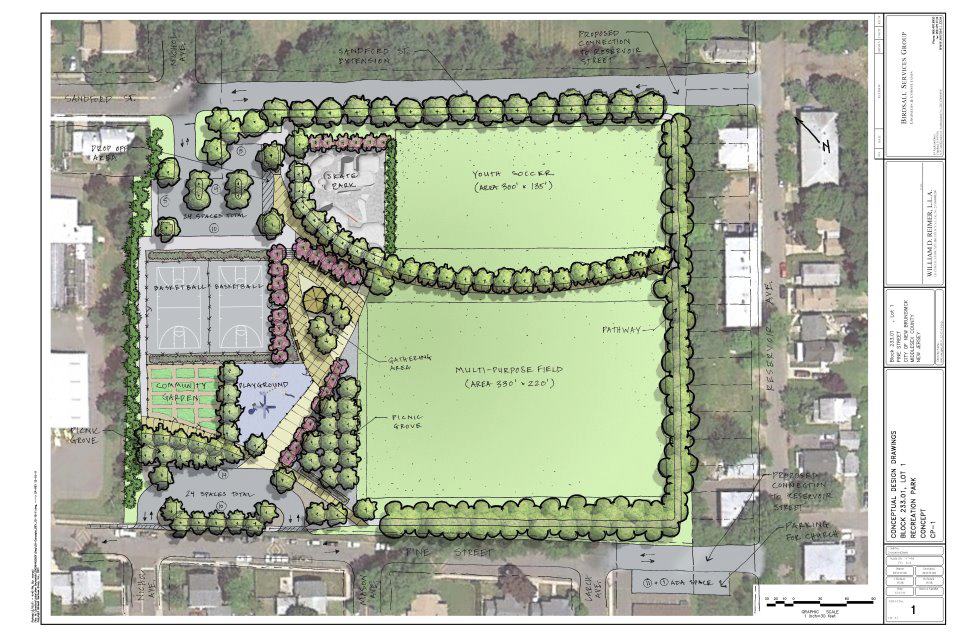 “It really completes the space by providing a complete perimeter around a central location.”

“With the new park, it’s gonna be congested.  A lot of old folks live around here, and we already get a lot of noise from football practice Monday through Thursday,” he said.

Yildirim also noted that parking is “one of the most important issues with public spaces.”

“By providing parking on both sides of the park, this place has made both access to and out of the park more convenient for drivers.”