NEW BRUNSWICK, NJ—State law requires at least 60 days notice to hold an election.  So for January 22’s election to have been properly noticed, the board of education would have had to be give notice to the City Clerk and Middlesex County Board of Elections by November 23.

The only problem?  That would be impossible because no one knew if New Brunswick’s board of education would be elected or appointed until the results of a November 6 referendum were certified on November 29.

The board’s secretary Richard Jannarone, who earns $186,188 as business administrator for the district, published a notice in the Home News Tribune on December 13, that was insufficient and deficient in several ways:

Additionally, a required notification to the city clerk’s office was never received, meaning the newspaper notice was the only official way for residents to know there was an opportunity to run for school board.

Here’s the full-text of that notice:

The New Brunswick Board of Education is holding a Special School Election on January 22, 2013.  The election will be to select two more members of the board of education.  One board member will elected to a one-year term to expire in 2014 and the other board member will be elected for a two (2) year term to expire in 2015.  The election will be held from 7:00am to 9:00pm.  Residents can vote at their standard polling locations.  Nominating Petitions are available at the County Clerk’s Office, call 732-745-4202.

When NewBrunswickToday.com first began reporting on the deeply flawed election that would send the first-ever elected members to the city’s school board, County Clerk Elaine Flynn blamed Jannarone.

“He was a nervous wreck,” Flynn said, adding that he struggled with the five-sentence announcement because it was his first time supervising an election. But Flynn, an elected Democrat who makes $123,388 as the County Clerk, is not entirely blameless.  Her office distributed candidate’s petitions that also had an incorrect title, and more importantly, an incorrect deadline.

George Hendricks, the board’s longtime attorney, struggled to answer questions about the irregularities at a February 19 board meeting, as we reported this week. But the wild card is “special counsel” Anthony Vignuolo, a former New Brunswick judge, prosecutor, and zoning board attorney who was unexpectedly hired for a one-time $7,500 fee to advise the board of education on its transition from a mayor-appointed to elected.

In a brief phone interview, Vignuolo told NewBrunswickToday.com he was hired at the request of Schools Superintendent Richard Kaplan, who makes $235,400 annually to run the city’s failing school district.

But there’s not much else to go on.  Vignuolo has never shown up at a board of education meeting, and unlike Kelso and Hendricks, has refused to answer questions from the public about the problems with New Brunswick’s election.

Hendricks jumped to Vignuolo’s defense when his work was criticized by the author of this article at a February 19 board meeting.

“His advice to us was appropriate under the statute,” said Hendricks.

He continued, “Mr. Vignuolo, so you know, represents about four or five boards in this district, is a distinguished attorney in school boards and school board elections, and he gave us the best advice that he thought was available and we followed it.”

Of those, only North Brunswick’s district holds school board elections. 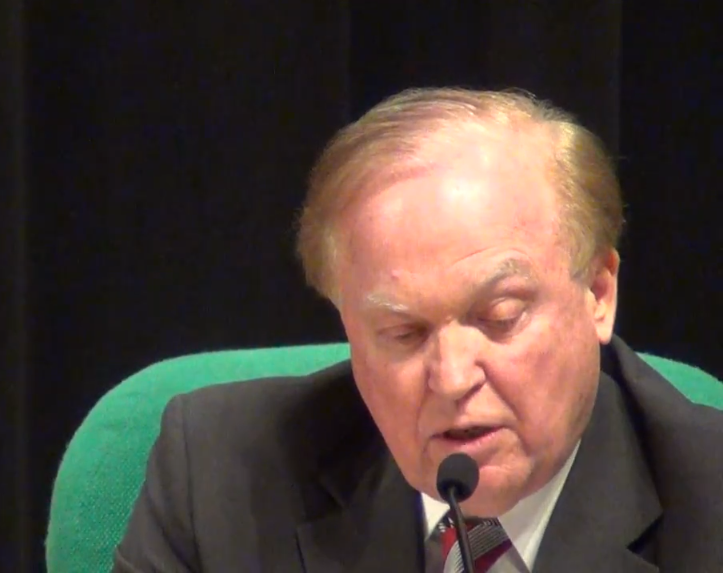 But Hendricks doesn’t fault Vignuolo for the deadline confusion.  Instead, he places the blame squarely on the county government for putting out the wrong deadline and leading the public to believe the petition process was closed on December 21.

“The County Clerk messed it up saying the deadline was December 21st… The 21st was published by the county–not by the school district–and the county was wrong,” said Hendricks.

“I received a phone call from Anthony Vignuolo, the attorney–special counsel for the New Brunswick Board of Education on Friday the 21st, who indicated to me that the deadline of the 21st was not accurate and was contradictory to law,” Kelso began.

Though he may be correct about that, it’s hard to imagine how he, Hendricks, and Vignuolo, three of the most highly-respected attorneys in the county, failed to catch this fundamental error until the eleventh-hour.

Vignuolo’s employment with the board was approved on the evening of December 18, but Hendricks said that night that he had already been consulting with Vignuolo. 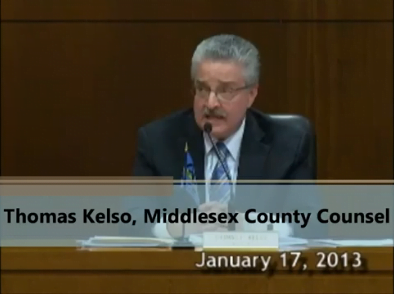 For his part, Kelso was the only one who got back to us.  His secretary, Sandra Costa, sent us an official statement from the county counsel’s office within hours of our request.

That night, Kelso admitted that “there has to be a minimum sixty days notice for any type of election, in this case a special school board election.”

He also said, “It was Friday.  The deadline was extended to Monday.”

Our final episode of “Democracy Undermined” includes the full video of Kelso’s remarks on January 17, compared with his office’s official criticisms of our reporting.

Editor’s Note: This is the fourth of a four-part series that explores New Brunswick’s historic yet illegal school board election held on January 22, 2013.

Rest assured this is not the end of this story.  We will continue to question our public officials about this apparent undermining of our city’s democratic elections.