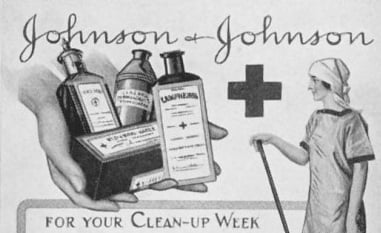 TRENTON, NJ—The management at Johnson & Johnson is facing lawsuits from shareholders over countless problems with products and widespread use of kickback payments to boost sales.

However, investors and the company’s management have recently come to a tentative settlement to restore high standards when it comes to these issues, according to an Associated Press report.

The settlement calls for changes that will protect both investors and patients using the company’s products.

The company plans to establish a new committee of independent board members whose main  purpose is to review reports over legal and quality problems. These reports will come directly from executives  at Johnson & Johnson, according to the report.

The plaintiffs, Johnson & Johnson’s investors, have stated that the company’s decentralized management is a “recipe for disaster”, because it gives top executives and board members “plausible deniability”.

This allows executives to claim that they were unaware of the range of severe problems with products. This has been a serious problem within in the company since the late 1990’s, according to the lawsuit.

One of the lawsuits the comapny shareholders are filing against is over the fact that mangement at the company were marketing drugs for unapproved uses and paying off doctors and pharmacists to boost product sales. The company has also had to recall dozens of drugs due to manufacturing deficienies.

In a statement made Thursday by the company’s representative, Johnson & Johnson continues to deny the claims in the plaintiffs’ lawsuit, adding they are “entering into the settlement to undertake the changes in corporate governance to benefit J&J and its shareholders, and to eliminate the burden, distraction, and expense of further litigation.”

The plaintiffs were originally suing ten members who were on the company’s board at the time when the case was started in 2010.  However, the lawsuit has been expanded to include more members who are currently on the board as well.  Alex Gorsky, the current CEO of the company and his predecessor Bill Weldon are just some of the board members involved in the lawsuit.

The settlement being proposed requires that the board fully adopt new quaility and compliance goals, and that the company follow laws and regulations to uphold the delivery of high-quality products.

Currently, all of Johnson & Johnson’s 120,000 employees worldwide are under evaulation. Everyone, including senior management, is being evaulated and are having their compensation re-evaluated according to how well they adhere to these new goals.

The committee’s duty is to then report to shareholders each year on all important product quality matters.

The plaintiffs seek compensation of up to $10 million for attorneys’ fees, plus $450,000 for gathering expert testimony in the case.

These settlement provisions are planned to be in effect over the next five years.