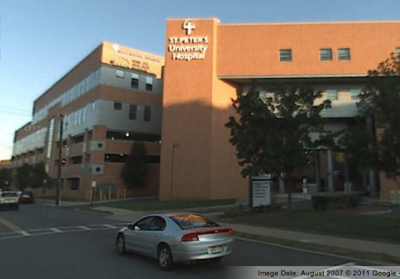 By: Pete Tumulty
In: Healthcare, Archive

The Elizabeth Ann Seton Chapel of Greenwich Village was a historic landmark serving the community for over a hundred and fifty years. The chapel was considered the heart of St. Vincent’s Hospital, where both patients and staff would come to celebrate mass.

In 2010, the hospital filed for bankruptcy therefore forcing the chapel to close their doors. The chapel that was home for so many was looking for one of their own.

That is when St. Peter’s Healthcare System came to the rescue, spending $ 400,000 to buy and store all the pieces of the chapel.

Although St. Peter’s was not the highest bidder for the chapel’s artifacts they won the auction anyway because they were committed to restoring the chapel to its original form. Prior to the chapel closing, the President and CEO of St. Peter’s Healthcare System, Ronald Rak, visited the chapel and knew that he had to preserve its legacy.

“As soon as we entered the chapel we realized that we were standing in a place of historical significance and religious importance” Rak told WNYC.

Currently, St. Peter’s is collecting donations to reach the $7 million in expected costs to rebuild the chapel. Spokesman for St. Peter’s, Phil Hartman, told the Star-Ledger “None of the money will come from the hospital’s operating budget”.

According to the article, all the stained-glass windows and other artifacts are currently stored in boxes and it may take several years to raise the funds to start the reconstruction.