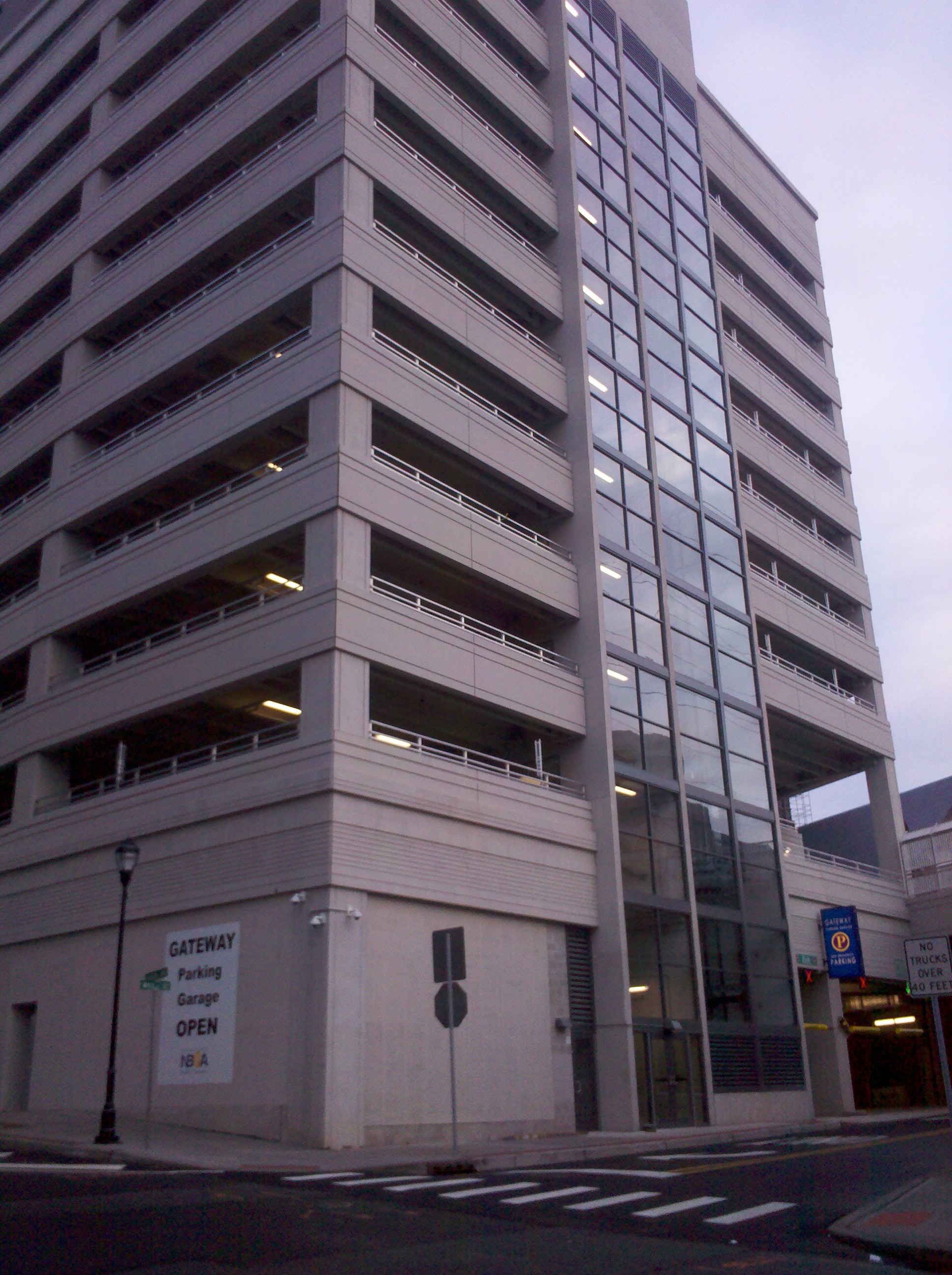 Mayor James Cahill said “If it was easy, everyone would be doing it,” according to the Daily Targum.

The new garage has 656 spaces, which will be available to the public at the rate of $2/hour.  Like most of the authority’s decks, it is fully automated.

The building is attached to the Gateway Center, a new 298-foot skyscraper which now has the distinction of being the city’s tallest.  The parking garage is less than half as tall as the rest of the structure.

The redevelopment project was championed by New Brunswick Development Corporation (Devco), and it took over ten years to become a reality according to Devco President Chris Paladino.

The new building and garage are bounded by Somerset Street, Easton Avenue, and an expanded Wall Street.  Most remember Wall Street as the narrow one-way block where taxicabs lined up to service patrons coming into the New Brunswick Train Station.

Wall Street opened in both directions for the first time on Wednesday.  The taxi stand will be re-located eventually to the Gateway Center building, which is slated to open in September 2012.

The parking garage is far from finished: Those entering the pedestrian entrance on Wall Street may find themselves vexed by the repetitive and loud siren of an alarm that is not yet working.

Additionally, most if not all auto-payment machines are qualified by taped on signs that say “OUT OF ORDER” or “CASH ONLY.”

Because this is an automated garage, NBPA staff will usually not be in the deck, though the authority plans to re-locate its headquarters to the adjoining building next year.

Formerly on the site were several establishments: Neubie’s Restaurant, Little Teddy’s Luncheonette, New Jersey Books, First Class Notes, Allpage/Verizon Wireless, in addition to a single home, an abandoned firehouse, a childcare center, and a convenience store called Bottom of the Hill Newsstand that was connected to Victory Taxi’s headquarters.

Replacing those will be new Rutgers/Barnes & Noble bookstore, a Brother Jimmy’s BBQ restaurant, office space for Rutgers University Press, and other retail and office tenants that have yet to be decided.  The upper floors will be homes: 150 apartments, and 42 condominiums.

The parking authority is currently constructing of an even larger garage, one that will hold over 1,000 less than 500 feet away, as part of the new Robert Wood Johnson Health & Wellness Center.  It will be the first helix parking structure in the city and the authority’s eleventh deck.  It’s expected to open in October 2012.